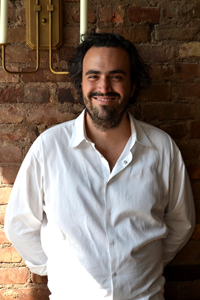 Everyone aspires to the perfect dinner party - a group of friends enjoying a memorable meal where the conversation flows as freely as the wine. Simple enough to imagine, it can be harder to manage and busy schedules discourage many from even trying. Fortunately, Felipe Donnelly and his wife Tamy Rofe, owners of the newly opened Soho restaurant Cómodo, don’t scare so easily.

Born in Spain to Colombian parents, Donnelly spent parts of his childhood in Brazil, Mexico, and the United States. “The way to adapt to all of these different scenarios was through food,” he says. A self-taught chef, he often cooked for friends. “That’s how he conquered my heart I think. He made duck for our first Valentine’s dinner,” says Rofe.

In April 2010, just married and relatively new to New York City, they looked for a challenge that would keep him cooking and her writing. They decided to host weekly Thursday night dinner parties for six friends in their TriBeCa apartment then blog about the experience at Worth Kitchen. Having worked their way through their immediate circle, they extended invitations to people they met through the blog - with some trial and error. “There were nights that didn’t click, and there were nights that were perfect, magical,” says Rofe.

The following year, they held a sold-out, invitation-only pop-up event for 60 guests. “The first dinner was insane. I still remember it and tremble,” admits Donnelly. More followed until the combined heat of their private weekly supper club and public commercial venture drew the attention of the department of health, which served them a cease and desist order. Undeterred, Donnelly left advertising to commit full-time to building a catering clientele while working towards launching their own restaurant.

This summer, after a well-timed Kickstarter campaign, the couple opened Cómodo. With an emphasis on Latin American home style cooking, the menu is made up of favorite recipes developed over countless Thursdays spent with strangers who became friends, who became investors, who became customers. “We’ve really created a community of people through food so that makes me very happy,” says Rofe.

Having done their part to bring back the dinner party, Felipe and Tamy take a moment to offer The Latin Kitchen a few tips on how to go about it. 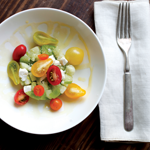 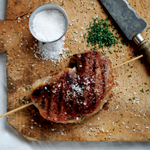 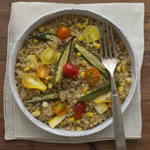 TLK: How do you put together an invitation list and what’s the best number of guests for a dinner party?

The ideal number is 6-9 so you can have one conversation. If not, it splits into different ones and people segregate.  The beautiful dinners are where guests come from all walks of life. That’s what makes New York so beautiful as well - that there are people from all different backgrounds.

TLK: What’s the best day of the week and time to hold a dinner party?

TLK: How do you go about planning and executing the menu for a weekday dinner?

Make the dessert first and get it out of the way. Understand what needs to get done, know what prep needs to happen, and understand timing. If you only have two hours to cook, don’t braise a pork. There should also be a minimum of three courses and maximum five. Don’t overdo yourself. The whole idea of a dinner party is to sit, talk, and have fun. If you’re stopping too many times to go to the kitchen and get a new course out, it breaks up the conversation.

TLK: How do you budget for each dinner party?

We had an $80 budget for each dinner. It became even more fun because you had to get creative. People were also very generous with their wine. That’s one thing that I was very surprised about. They’d bring not one but 2-3 bottles of good wine. They felt like they owed you because you were inviting them to your house.

TLK: If you’re planning a party where the guests don’t know each other well, how do you get the conversation started?

It’s good to not be a 100% ready because you start talking about the food, what’s going to be prepared, and the ingredients. That’s the common ground, and you start from there.