Home | Pizza Pizza! Where to Eat the Best Pies in Buenos Aires, Argentina

Pizza Pizza! Where to Eat the Best Pies in Buenos Aires, Argentina 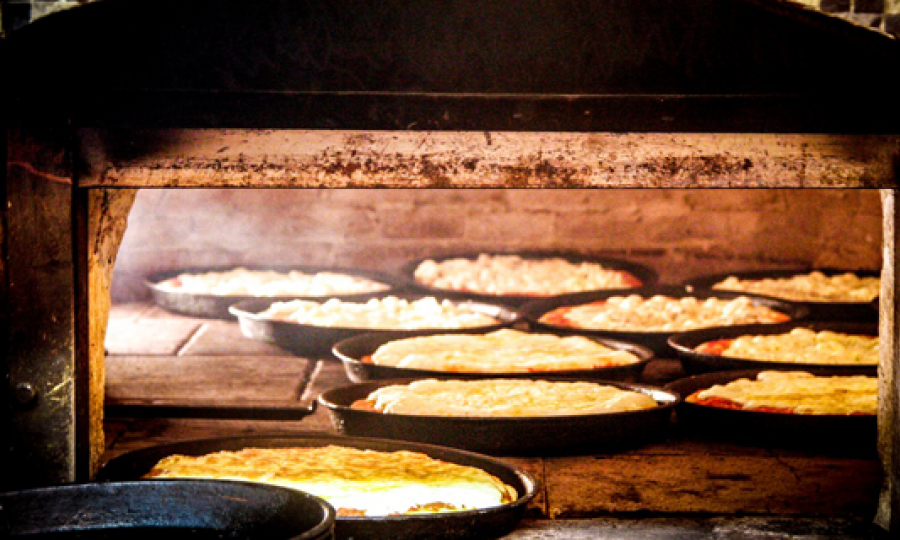 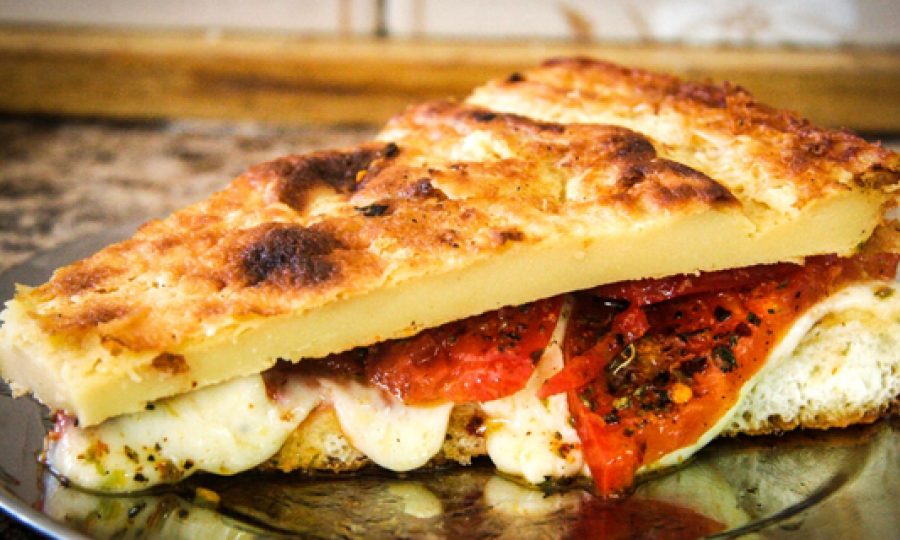 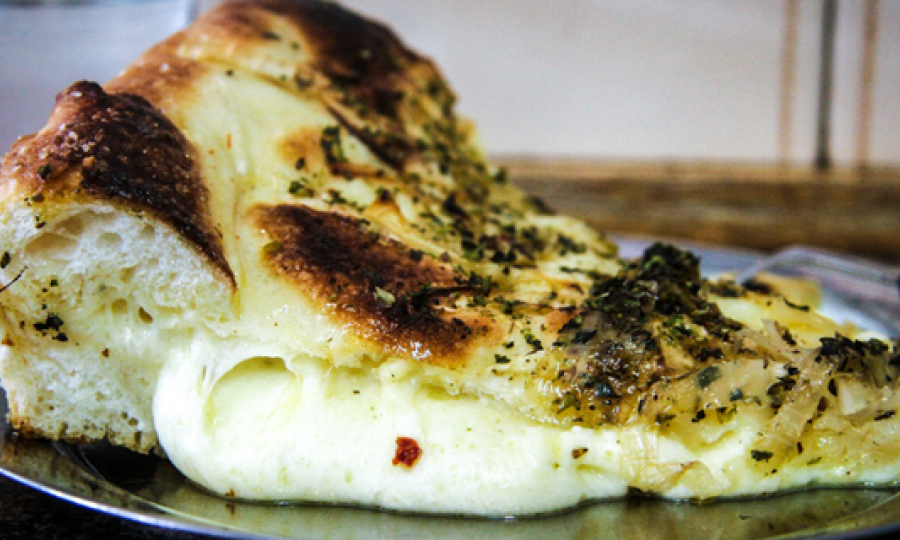 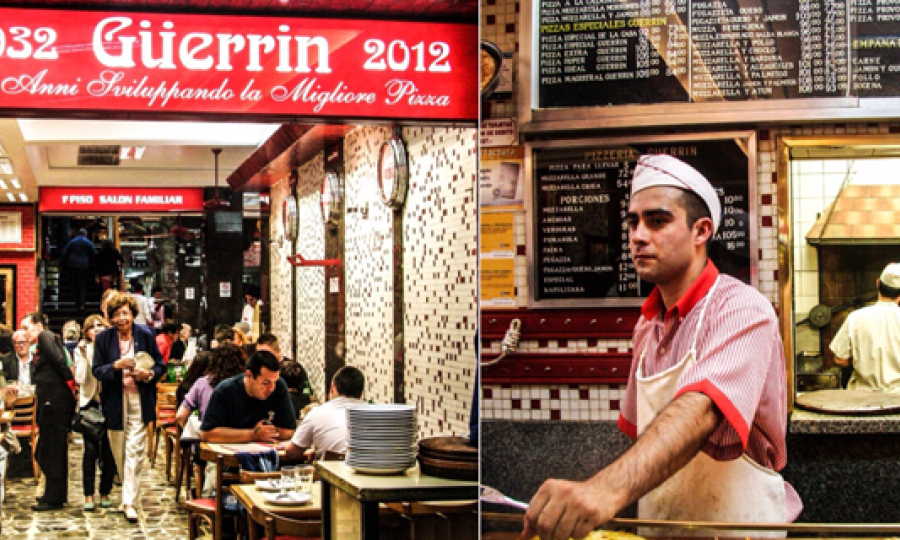 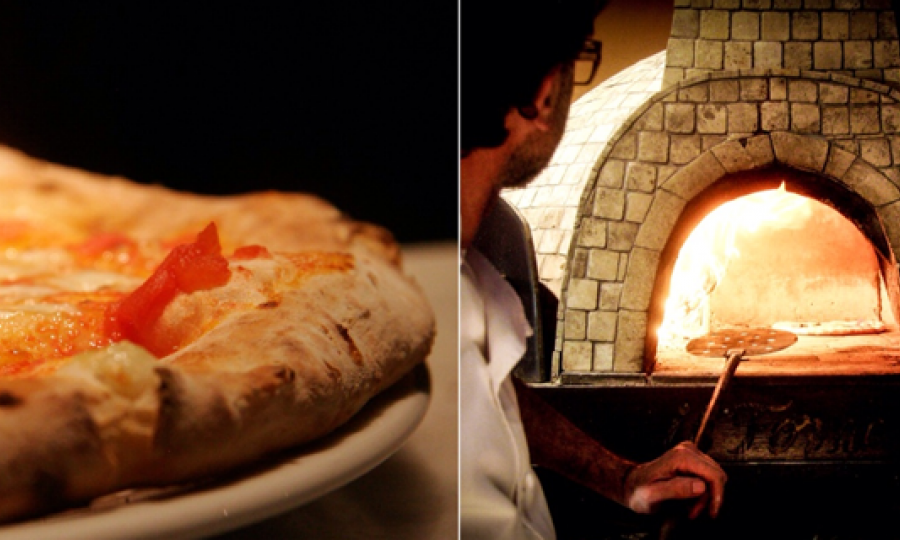 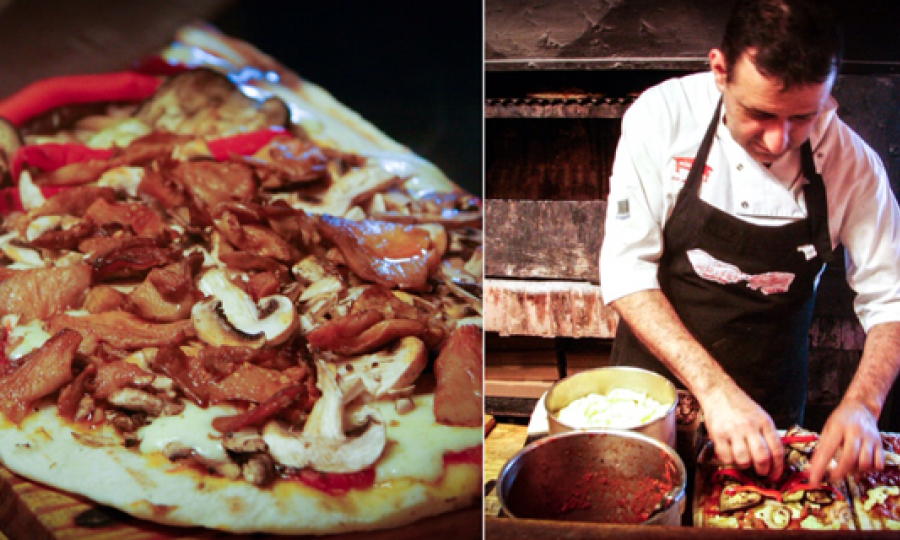 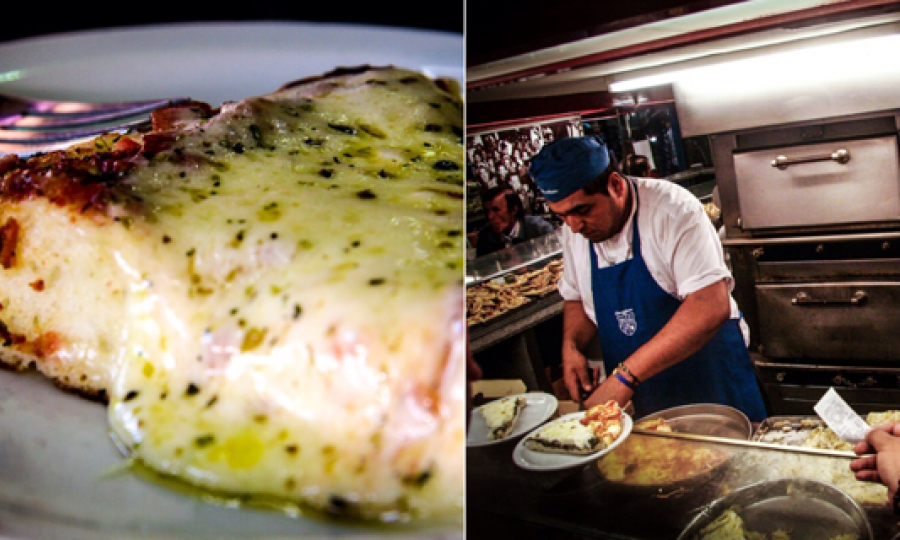 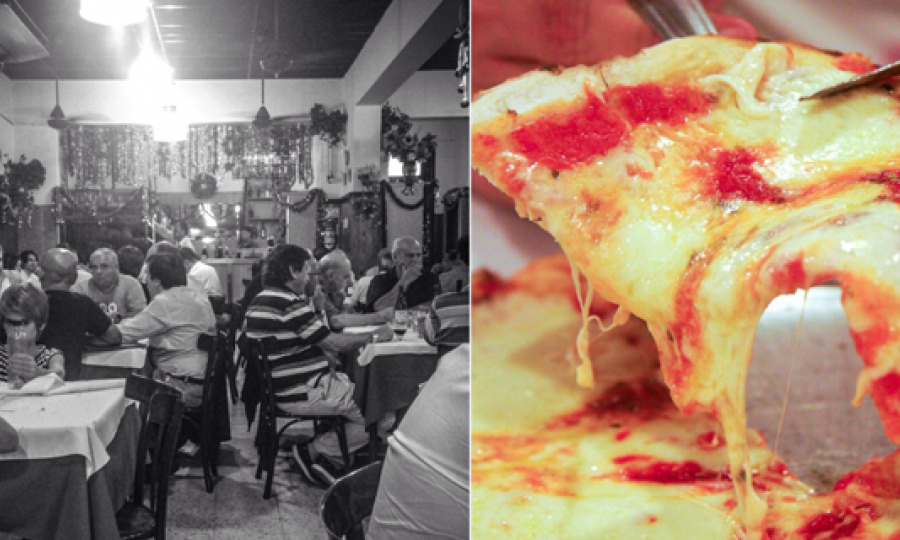 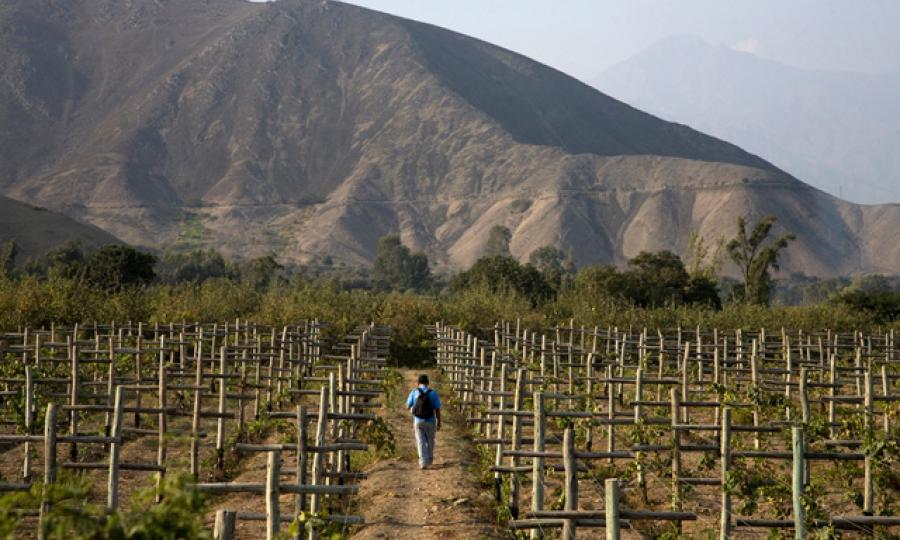 Argentina may be known as the land of beef, but ask any group of Argentines their favorite food, and most will surprise you with their response. A dish brought across the Atlantic by poor Italian immigrants during the late 1800s, pizza in Buenos Aires has managed to diverge from its Italian origin, developing into its own unique (and extra cheesy) rendition that many locals say rivals Italy, Chicago, and New York style pizzas.

Wash away any preconceived notions of what you think pizza looks and tastes like because in Buenos Aires it is its own beast. Within the world of Porteño pizza, there are five different types, which almost all share common traits: very shy on the tomato sauce (virtually nonexistent) and extremely heavy on the cheese. First, let's get the lingo down and then we're off to find the best slices in Buenos Aires.

Before you belly up to the counter, here's what you need to know about ordering a slice.

There are five different types of pizza: pizza al molde, with a spongy dough and a soft thick crust comparable to a Chicago deep-dish pizza, albeit with triple the cheese and a fraction of the tomato sauce. Similar to the al molde variety and also cooked in a deep dish pan, media masa is another traditional style that tends to be a bit shorter at 1.5 cm in height. Many pizzerias also serve pizza a la piedra, more representative of Italian style thin crust pizza with fine dough cooked on a pizza stone and rounded by a crunchy crust. Unconventional yet still extremely Argentine, pizza a la parrilla is generally an ultra thin delicate crust cooked on the parrilla (grill). We also can’t forget to pay tribute to the faithful Italian in the bunch, the pizza napoletana, which originated in Naples and honors the authentic Neapolitan style.

The customary way locals eat pizza (colloquially pronounced piksa) might be just as important as how the pizza is made. Old school pizzerias generally sell the pizza al corte (by the slice), where traditionalists will eat the pizza de parado (standing up), washing it down with sweet moscato (Muscat wine) from Bodegas y Viñedos Crotta or a cold liter of the national beer, Quilmes. While fainá, a dense chickpea cake that traces back to Italy, only in Argentina (and parts of Uruguay) is it plopped on top of a piece of pizza and eaten together in one bite.

While many pizzerias offer dozens of different pizza toppings, almost every menu features the standard flavors. There's napolitana, or “napo”, with cheese, sliced tomatoes, garlic, and oregano (as is napolitana with ham and napolitana with roasted red peppers) fugazza and fugazzeta, thick-crusted focaccia bread, loaded with onions (fugazza) and a very heavy hand of cheese (fugazzeta); and pizza canchera, a cheese-free media masa, typically served cold, and topped with tomato sauce and oregano.

A national dish that has developed a passionate cult following, we also have to show some major love for probably the most ordered corte (slice): muzzarella. Some love it so much that hundreds of mozzarella fanatics paraded down Corrientes Avenue, a major street known for its pizzerias, to compete in the “Muza5k,” a 5 kilometer mozzarella pizza marathon that stopped in 7 pizzerias spanning 5 different neighborhoods, to eat a slice of mozzarella pizza in each.

So now that you have a rundown on all the important Buenos Aires pizza facts, check out these gems of where to scarf down the best versions of the good stuff.

Many cult Güerrin fanatics say the same thing, “if you have passed through Buenos Aires, and haven’t eaten a slice at Güerrin, you really haven’t visited the city.” Arguably the most popular pizzeria in BA, the pizza recipe hasn’t changed much since Arturo Malvezzi and Guido Grondona, two Italian immigrants from Genova, opened the historic doors back in 1932. The pizza sauce is the same homemade recipe as when first created, and pizza makers continue to knead the dough by hand, starting at 5 am every morning to prep for a day and night full of pizza making.

It’s all about the fugazzeta rellena (stuffed fugazzeta) at this notorious neighborhood establishment. Opened in 1939, just one slice of this thick pizza al molde with caramelized onions and obscenely splooging with about 400 grams of melted cheese in the center is enough for one hungry person to roll out satisfied. In customary pizza fashion, the standing room only space attracts all walks of life. Within 10 minutes at La Mezzetta expect to watch a diverse mix of loyal customers enter the small space: taxi drivers, argentine Hell’s Angels, shirtless old men, families, shirtless young men, ladies who lunch, drunkards, and flocks of teenage boys and girls.

Even though Buenos Aires abounds with Italian heritage and culture, only one Porteño pizzeria stands alone serving the true Napoletana pie. Owner Nestor Gattorna traveled across the globe to the world’s best pizza cities researching to perfect his pizza recipe at Siamo nel forno. Before cooking each pizza for 90 seconds in a 905ºF wood fire pizza oven, Nestor kneads the dough by hand and tops it with fresh, high quality yet simple ingredients to create about a dozen different combinations. He follows the rules set by the Associazione Verace Pizza Napoletana, and was recently accepted as the only member in Argentina who makes the real deal.

Locals grill up much more than just meat on top of Argentina’s most prized culinary appliance. A cooking rite of passage mingled with a fast food favorite, it’s only natural for these two food worlds to collide with pizza a la parrilla, or pizza on the grill. At La Más Querida, the asador de pizza tends to the grill where he piles a pre-cooked dough with toppings, and carefully slides it onto the parrilla until the thin crust becomes crisp and cheese begins to melt. Luckily, this grill master takes toppings to another level, serving unique flavor combinations on top of a massive 12-piece thin crust pie.

Try flavors like the Mediterránea con pesto with garlic, tomato, olive oil and pesto; the Francesa with caramelized onions, pancetta and Gruyere; the Del Bosque packed with a mix of mushrooms and sweet paprika; or make your own choosing from a load of fresh ingredients.

It would be a crime to talk about pizza in Argentina without mentioning Banchero. Genoese born Agustín Banchero docked in the La Boca barrio in 1893 and opened a bakery where he served Italian fugassa alla Genovese (Genoese focaccia). One day Banchero’s son, Juan, sliced the pizza of the fugassa and stuffed it with cheese to prevent the bread from drying out, or so the story goes, inventing the first fugazza rellena de queso or fugazzeta. Shortly after, in 1932, the Banchero family opened one of the first pizzerias in the city and it remains today as one of the most respected pizza institutions this side of the equator. Hot tip: even though they are known for inventing the fugazzeta, we say skip the onion and cheese monstrosity and instead opt for a napolitana topped with fainá.

As a traditional Argentine bodegón (cantina) that serves a wide assortment of Italian dishes, it says a lot about a place when people travel from far and wide just to order the pizza. Loyal eaters at Albamonte religiously order the pizza a la piedra as an appetizer before their main course to start the meal off right. Thin crust with an airy, soft yet chewy dough and crust with that perfectly crisp bite, this pizza is loaded with a hefty serving of sweet tomato sauce and topped with a wide array of fresh ingredients.

Order a simple mozzarella, pizzaiola (tomato sauce and garlic), or the house specialty the “Albamonte,” a large pizza a la piedra decked out and accessorized with mozzarella cheese, ham, roasted red peppers, hard boiled egg, and hearts of palm. 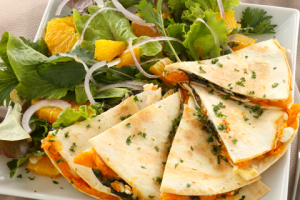 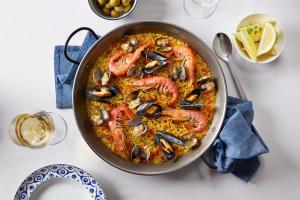 The Perfect Pair: What To Drink with Paella on National Paella Day 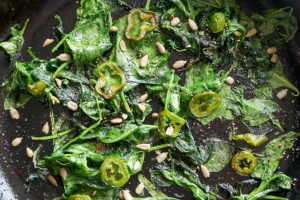 Get Your Greens in with 11 Spectacular Spinach Recipes 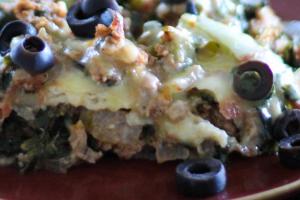 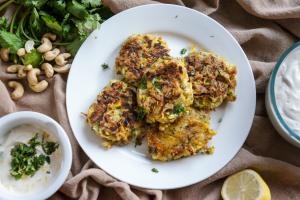