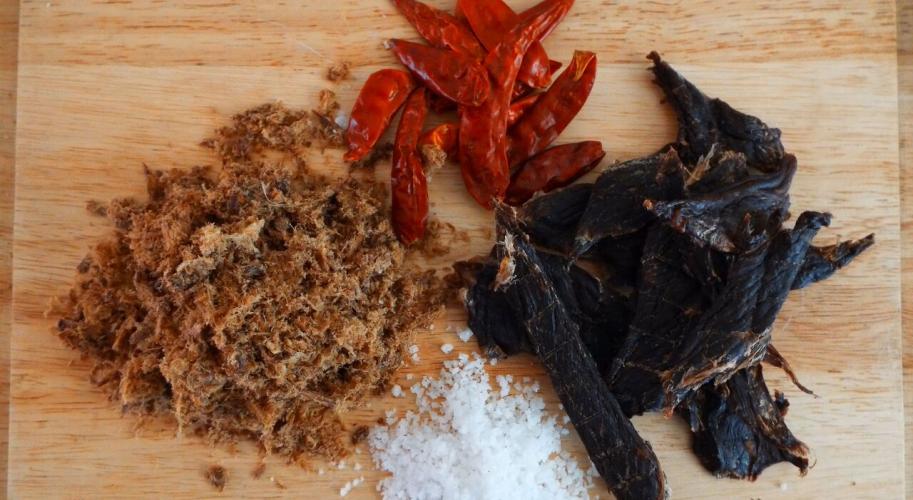 While many associate Northeastern Mexico (and Southern Texas) with barbecues and charro beans, this region of Mexico actually has a much more ancient and ample food culture stemming from the mix of its earliest European transplants and native flora and fauna. While the specific origins of these first settlers differs depending on which researcher you speak with (some say they hail from Andalusia, Spain, some say from the Portugal) it's generally agreed that the early colonizers of Nuevo Leon were of Jewish and Middle Eastern descendant. These newcomers were fleeing the Iberian Peninsula and its Catholic inquisition and brought with them to the New World many of their traditional recipes and cooking techniques. And so while you wouldn't associate Jewish flavors with Mexican cooking, they're there nonetheless.

Related: They Used to Eat What?! A Pre-Hispanic Food Primer

Oregano, thyme, and cumin are used in this region much of the same quantities as chiles, cilantro, and onion are used elsewhere in Mexico. The northeastern pantry is a dry one, with lots of beans, dried grains, and dried meat. Flour and bread are an integral part of the region's diet. These days, simply seasoned meats are often dressed up with spicy salsas and fresh produce toppings, but this is the result of the most modern culinary mix of local spices, traditional recipes, and the ubiquitous Tex-Mex culture that exists along the border between the U.S. and Mexico.

For Katia Schkolnik, a researcher of the area's Jewish history and its food, the flour tortilla is the most important element of the Northeastern diet. Early Jews ate this type of flat, flour-based unleaven bread for Passover, and eventually, the Mexican version – flour tortillas – became an everyday addition to mealtime for their descendants. The flour tortilla most definitely breaks ranks with the rest of the country's corn-centric taco.

In Monterrey's city market – Mercado Hidalgo – you will find a half dozen or so types of oregano for sale, baby goat strung up on crosses and settled in to smoke over an open flame, and mounds of wild piquín chiles. Despite the city's modern, chic, exterior, its food is steeped in the traditional ways of its early Jewish and Arab inhabitants. Here are three iconic items that harken back to the area's rich culinary history.