Home | Who Let the Dogs Out? 3 Heavenly Hot Dog Recipes for the Long Weekend 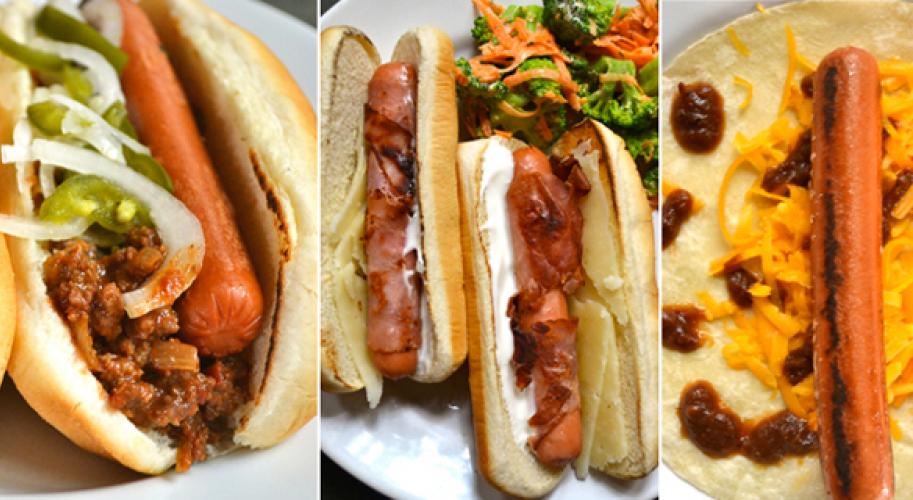 Hot dogs: those great American co-stars that make an appearance at all barbecues from Florida to Washington, all summer long. It’s hard to imagine walking into a backyard for a Memorial Day, Fourth of July or Labor Day cookout and not finding dogs and buns.

There are as many varieties of hot dogs as there are good Mexican beers to wash them down. A hotdog can be a simple store-bought brand or procured from your neighborhood artisan deli or butcher. It can be beef, pork, chicken, turkey, or vegetarian, Kosher or not. Buns are white, whole wheat, sesame, or potato, store bought or homemade. Add to that all of the condiments we hold dear, enough to wax and wane to no end about how to build the “right” dog and include die hard ketchup fans, pure mustard enthusiasts, and those that do a mix of the two. It may come to blows when arguments over dill versus sweet relish are unleashed.

But before you think that America is the reigning expert on all things hot dogs, take a look to the south and you find that almost every country in Latin America has their own take on a hot dog. They are just as popular cookout (or late night) fare in Mexico, Puerto Rico, Columbia, and Chile as they are in Minnesota, Georgia, California, or Pennsylvania. In Guatemala, they are served as shucos, a combination of chorizo, longaniza or salchicha dished up in sub bun with, cabbage, mayo, hot sauce, meats like deli ham or fajita steak and, sometimes, spicy pickled jalapenos. In Mexico, one of many varieties is known as a Sonoran Dog, a bacon-wrapped sausage served on a bun with cooked beans, onions, tomatoes, sour cream, and hot sauce. And I think that every Mexican American, at one time or another, has consumed the flour tortilla / cheddar cheese / hot sauce / grilled hot dog combo, like my Tata used to make. Forget summer; it’s a year-round snack food!

So this July (which is National Hotdog Month, in case you didn’t know), take yourself outside the box, or even the bun. Explore uncharted flavor combinations inspired by some of the best Latin ingredients available. We’ve amassed a few suggestions to help get you started!