Behind the Bar with…Raymi’s Piero Rodriguez

Lima has one of the world’s great mixology scenes, centering around pisco, the native grape based spirit. While pisco is increasingly appearing on premier cocktail menus around the U.S., Peruvian cocktail culture has yet to truly arrive, though that is changing quickly.

With Raymi in New York’s Flatiron district, Richard Sandoval has brought in Jaime Pesaque, whose Lima restaurant Mayta features one of the Peruvian capital’s most adventurous bar programs. In fact, many of the same themes can be found in both restaurants.

House infused piscos, lined up behind the bar in a rainbow of colors, make the combination of flavors almost endless.Raymi has 30, ranging from lemongrass to yucca, while Mayta has 120.

“The infusions are important because it shows that vodka and tequila are not the only spirits that are able to infuse having great results,” says Raymi’s beverage director Piero Rodriguez. “The quebranta style is perfect for creating any type of infusion and is simply just fun to create all these flavor combinations using fresh fruits and herbs.”

Rodriguez claims that the infusion process is actually quite simple and that the most difficult part is cutting the fruit or herbs. Not to mention the wait…

“After cutting all the fruit, it’s place in a container that has an air tight lid -- in our case we place it in a one liter bottle with a cap -- there should enough fruit to reach a bit less than the middle of the contain. Then, add the pisco,” says Rodriguez.

“Seal the container and shake vigorously, and then leave container in a dark cool place for about 15-20 days depending on the fruit or herb you're using, as well as the intensity desired. The longer the fruit or herb is left the stronger the flavor. When ready, strain the solids from the liquid and rebottle. You may add fresh fruit for visuals if preferred.”

The restaurant features several other pisco innovations new to the New York cocktail scene, such as the piscello, a digestive that is reminiscent of an Italian limoncello.

“The process follows the infusion with the exception that after the pisco is infused, we add fresh juice from the fruit that the pisco was infused with, and simple syrup,” says Rodriguez. “The container is then sealed and put in the freezer for a couple of hours (making sure that it doesn’t freeze) until very cold and then served into a chilled pisco glass.”

Other pisco features to Raymi’s bar include Inca cola floats, a dozen original cocktails, three flavors of pisco sours, and every pisco available in the U.S. market. One particular cocktail that stands out is the chilcano, one of Peru’s most versatile cocktails, involving just a splash of ginger ale and house infused piscos. Nine versions, such fig/thyme and chichamorada, appear on the menu.

Pesaque’s family actually owns its own pisco label, 1615, which is available in Peru and the UK, with the hope of distributing it in the U.S. market soon.

“What excites me about pisco, besides the fact that comes from Peru, is that it is such a versatile spirit,” says Rodriguez.“All the expressions have something to offer, whether you want to create your own flavored infusion, or if you want to make a cocktail with great aromatics and flavor.” 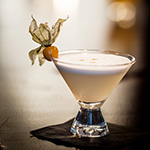 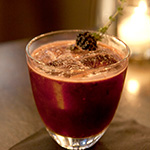