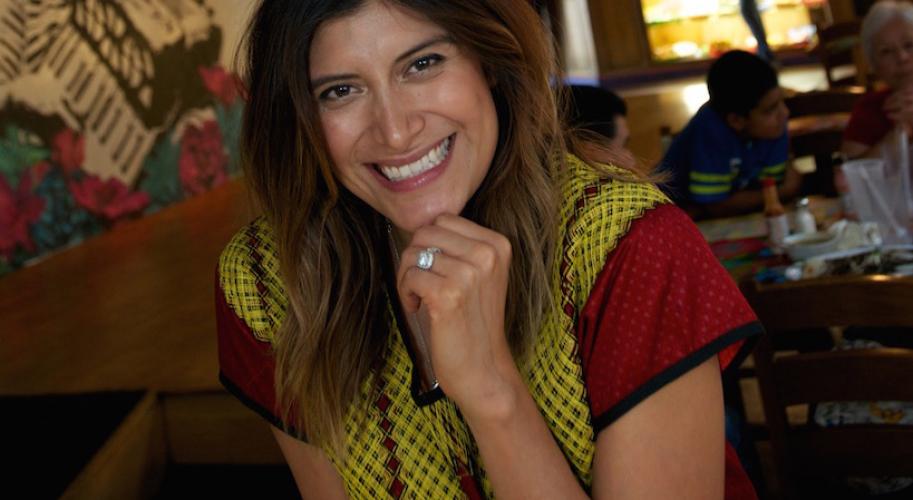 How has your father’s immigration story influenced your career path in the food business?

My father began his food career by selling food door-to-door. He didn’t know the language nor did he have a clear path for his business, yet he was able to build a multimillion dollar business in less than a decade. His story is something I keep clear and loud in my head to make me understand and know that anything really is possible in life with hard work and passion. He always said he wanted to make food for his people. He wanted people from Oaxaca to feel proud of where they come from and take pride in the recipes left behind by past generations. Today, we serve those same recipes and take pride to see a new generation of Oaxaqueños coming through our restaurant and feeling like they are in Oaxaca, even if it's just for a second.

Tell us how you got to the point of creating homemade products which customers can now purchase.

When my parents retired, my sister, brother and I came together and decided to purchase the business from them. It was a decision we made as a family. As we were making the transition over to the next generation, we realized that we needed to make our own mark. Maybe it was a chip on our shoulder, but we wanted to build something we could truly call our own. My brother had the idea to create an online store and shipping mole all over the country. He created all of the back of the house infrastructure and today it has become its own business.

Why did you choose to sell the mole and michelada mix, in particular?

The Michelada Mix came about one day when we realized how much mix we were selling out of our restaurants retail store, without even trying. People would come in and ask for the mix to go. We didn’t have any sort of legit bottling - we would just fill up empty water bottles and hand them over. It was crazy that people would come back for it! Then after a trip up to San Francisco, my brother and I talked it over, ran a few numbers and decided we had an opportunity. There was nothing like it in the market place. Today we are distributed by two of the major Hispanic grocery chains in California and our online sales have taken off.