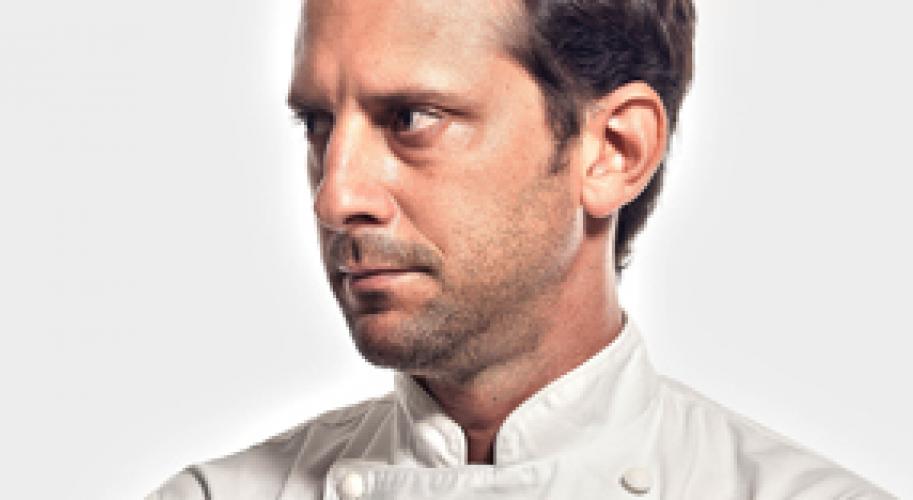 The first time I saw chef Pedro Miguel Schiaffino he was half-submerged in murky Amazon water, hugging a giant fish to his chest and laughing wildly like a bearded 8-year-old who just conquered the world. It was a photo of a visit to a fish farm near Yurimaguas where farmers stock and raise various freshwater fish, including the magnificent pirarucu, or paiche. Schiaffino has had a long history with these fish, the Amazonian Paiche, a monster that commonly grows up to seven foot and weighs in at 220 pounds of richly flavored white flesh.

In 2001 he returned from a learning tour of prestigious European kitchens to head up Huaca Pucllana in his native Lima and soon began exploring the local markets to strengthen his connection to Peruvian products and producers. There, his imagination was caught by products with names that slip in and out of the memory of the uninitiated like an oiled river fish; copauçu, aguaje, mocambo, and ungurahui. They were all from the Amazonian region, a hugely diverse area that covers nearly 60 percent of Peru, and which so few locals have ever visited.

Soon after, in 2003, he made his first trip up to Iquitos and Belen market, a place that feels somehow on the cusp of the world, a window both colorful and grotesque into the Amazonian larder. Wandering this living maze he was swept up by the richness and uniqueness of this world, and he has never quite come back.

One of the most striking discoveries he made was the paiche; he was surprised that although popular in the jungle regions, it was almost unknown in Lima. He became the first to import paiche on any significant scale into Lima and the beast quickly became famous among the fish loving Limeños. During fishing season, he would sell nearly 500kg of paiche fillet a week in Lima. (He is a firm advocate of conservation of the rich resources of the Amazon region, the paiche amongst them, now only buying paiche from recognized fish farms near Iquitos.) 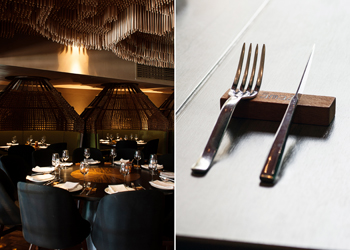 On a high, in 2004 he opened his now world famous Malabar. The menu started with some distinctly European touches, but became ever more Peruvian, with a personal Amazonian stamp which had started as a curiosity but became a central philosophy at Malabar. His playful and stylish creativity took Malabar into the Pelegrini Top 100 Restaurants in the World list. Schiaffino, however, wasn’t satisfied. He was using these fascinating products in dishes that were personal creations, but as he came to know the jungle regions better he realized that there was a rich culinary tradition that had been completely overlooked.

He began dreaming of a restaurant where he could introduce Lima to the Amazonian culinary culture, one that stretches far beyond Peruvian borders into Brazil, Colombia, Ecuador, and Venezuela. Recently in mid-2012 he saw that dream realized in AmaZ (right) in Miraflores, Lima.

Next, a look inside AmaZ...