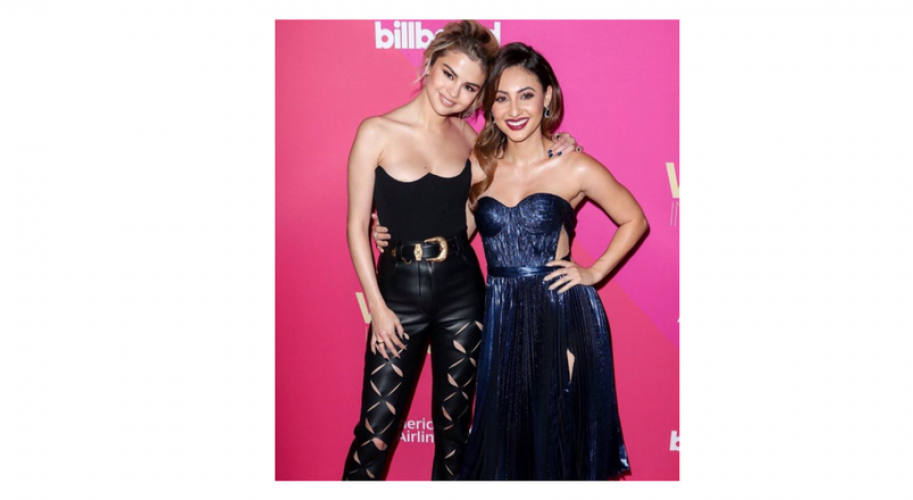 After Selena Gomez revealed she had undergone a kidney transplant during her fight with Lupus, she shared that her "life saving" donor was none other than her best friend, Grown-ish star Francia Raísa. The pair shared a hospital selfie, and heartfelt words about each other, and their nearly decade-long friendship, on social media.

MORE: I Lost 60 Pounds and Haven't Had an Epileptic Seizure in Almost 2 Years

The Mexican-Honduran-American actress is now opening up about what it meant to be on the giving side of the transplant.

I’m very aware some of my fans had noticed I was laying low for part of the summer and questioning why I wasn’t promoting my new music, which I was extremely proud of. So I found out I needed to get a kidney transplant due to my Lupus and was recovering. It was what I needed to do for my overall health. I honestly look forward to sharing with you, soon my journey through these past several months as I have always wanted to do with you. Until then I want to publicly thank my family and incredible team of doctors for everything they have done for me prior to and post-surgery. And finally, there aren’t words to describe how I can possibly thank my beautiful friend Francia Raisa. She gave me the ultimate gift and sacrifice by donating her kidney to me. I am incredibly blessed. I love you so much sis. Lupus continues to be very misunderstood but progress is being made. For more information regarding Lupus please go to the Lupus Research Alliance website: www.lupusresearch.org/ -by grace through faith

In an interview with Harry Connick Jr. for his daytime talk show, Harry, the actress says, "It’s harder as the donor because we are losing something our body didn’t need to lose, so trying to recover from that and she’s gaining something her body needed.” Since the surgery was also laparoscopic, she compared the procedure to a C-section, giving a message to moms who've gone through it: " I feel you. I don’t know how you take care of a child afterward. It is crazy! I couldn’t get up without having someone help me," she shared.

Day to day activities were a challenge: "Every day the thing I look forward to is drinking my coffee and walking [my dog] I couldn’t do that," the Secret Life of the American Teenager alum revealed. "It was really really hard.”

Despite the hardships, the 29-year-old has no regrets about donating her kidney to her BFF. She says that she and Selena are a lot closer now and consider each other family. "It was cool because now I have a big family. I lost my grandparents when I was younger…Her grandparents are my grandparents now and so I have this extension of a family and it’s been really amazing,” she said.

Francia Raisa Opens Up About Being Selena Gomez's Kidney Donor