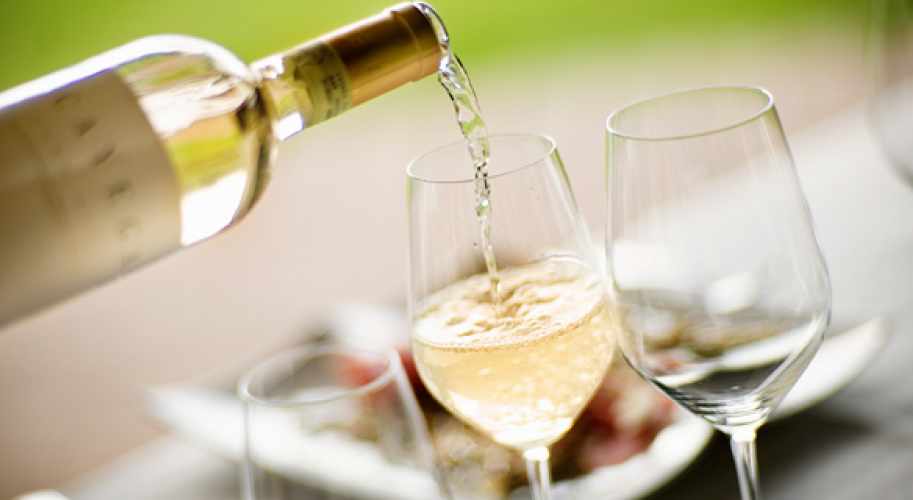 If you’re the type of wine drinker that loves crisp, clean, and fruity white wines, you probably already know about Albariño, popular among those who drink Spanish wines and those seeking flavorful white wines for winter. What you might not know is that it is also a top seller among California wines. Central Coast winemakers have been growing this variety for more than fifteen years.

Originally from the north of Spain and Portugal, Albariño is one of the oldest varieties grown in Galicia. Just take a walk through any market and you’ll find old Gallega women selling fresh-shucked oysters to pair with this delightful wine. Albariño typically has floral and fruity flavors including green apple, honeysuckle, jasmine, orange, tangerine, grapefruit, and lemon, all with a pronounced salty minerality. That’s why it matches so perfectly with fresh and briny ostras, almejas, and mariscos. It's also what makes it such a refreshing surprise among winter white wines.

In addition to California, Albariño is grown in Oregon and Washington State. Some of our favorites come from California wine regions such as Lodi, Paso  Robles, and San Luis Obispo County. Winemaker Alan Kinne spent a lot of time in Galicia in the mid-1990’s and sent cuttings of Albariño home to California. He began making his new California wine from the variety in 1999 and it is said that much of the Albariño planted on the Central Coast originated from his cuttings. His current projects include Bodegas M and Kinne. Other quality California Albariño producers to look for include Estate Crush, Viñedos Aurora, Bokisch, and Harney Lane in Lodi and Tangent, Kenneth Volk, Per Cazo, and Pasoport in San Luis Obispo and Paso Robles. Below are recommendations for California Albariño, one of our favorite white wines for winter.

Viñedos Aurora Albariño 2011 (left) offers aromas of bright lemon zest and sea spray. Flavors tend towards floral, with lemon blossom and jasmine predominating over a background of citrus with just a touch of saline on the finish.

Estate Crush Albariño 2012 has a nose of lemon rind and Mandarin oranges. In the mouth, there are flavors of white peach, mango, and citrus blossom with a wash of acidity across the mid-palate and a touch of almond on the finish.

Harney Lane Albariño 2012 (left) has notes of fresh cut pineapple and green apple. It is round in the mouth with a touch of creaminess, offering flavors of lemon-scented flan, tangerine, and a clean, astringent finish.

Bokisch Vineyards Terra Alta Vineyard Albariño 2012 is medium straw to the eye and offers fragrances of fresh white peach and canned fruit cocktail. On the palate, flavors of passion fruit and guava are in evidence. It has nice mouth feel and a burst of bright salinity at the back of your throat.

Per Cazo Cellars Albariño 2012 (left), from Paso Robles, has fragrances of lemon rind and ocean air. It is crisp and clean on the palate with flavors of tangerine and oregano and a bright finale.

Tangent Paragon Vineyard Albariño 2012, made with Edna Valley fruit, has aromas of nectarine and marzipan. Flavors of peach and passion fruit are boosted by a pleasant acidic lift on the finish.

Kenneth Volk Vineyards Riverbench Vineyard Albariño 2012, from the Santa Maria Valley, has a nose of honeysuckle and clementine yielding to flavors of Valencia orange, citrus zest, and almond blossom. There is a nice balance of creaminess and fruit-driven acidity with a clean, bright finish.

Pasoport Wine Company Vinho Blanco Paragon Vineyard Albariño 2011 (left), from Paso Robles, has a nose of pineapple upside down cake and lemon Danish. It is bright and clean in the mouth with flavors of passion fruit, lemon zest, and lemon meringue pie, with a rich, zesty finish.

Bodegas M Querida Albariño 2010 from the Edna Valley has aromas of Granny Smith apples, freshly sliced white peach, and a whiff of salty ocean air. It’s crisp and clean with a delightful finish.

LaZarre Albariño 2012 from the Edna Valley has ethereal aromas of ripe pear, green apple, and white peach. It has just a touch of salinity with a dry finish. This is a classic California Albariño.