Hondarrabi Beltza is blessed with dark good looks, a racy character, and Basque heritage and she leaves her lovers in a rose-scented stupor. Before you start sketching a Bond Girl prototype though, you may want to know this: Hondarrabi Beltza is a wine grape from Spain’s Basque region, one that you probably haven’t heard of before.

For decades, Spain has been hailed for Tempranillo, Garnacha, and Albariño. But a new generation of Spanish winemakers is breaking ground with lesser-known regional grapes, some rescued from near extinction. Fortunately for American wine lovers, rare Spanish varietals are appearing on wine lists at trendy restaurants and on the shelves of boutique wine shops.

All you need to enjoy these wines is a thirst for the unique. You won’t need a fat wallet, as Spain continues to produce quality wines at fair prices. On a recent day at Los Angeles wine retailer The Wine House, exotic Spanish wines could be found for as little as $17 to as much as $60. Madrid transplant Monica Marin, who heads up the Wine & Spirit Education Trust (WSET) studies program at The Wine House, noted that the store’s clients “travel more, and they want to be exposed to different things.”

The definition of “different” varies according to the consumer, says Kerin Auth, managing partner of Peninsula Wines, a New Rochelle, New York-based importer of Spanish wines. “There’s obscure, and there’s obscure obscure,” said Auth. The average consumer may consider Mencía, a red Spanish varietal once thought to be related to Cabernet Franc, a rare grape. But, Auth noted, “Mencía is on the cusp,” as more intrepid wine drinkers are already familiar with it. 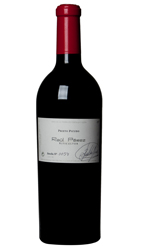 Of the 600-plus grape varieties grown in Spain, about 20 percent are grown on 80 percent of the land. We’ve chosen six lesser-known Spanish varietals that stand out:

This red grape from Spain’s León region is known for its acidity and tannins. Spanish winemaker Raul Pérez is credited with the grape’s sudden rise in popularity; his namesake Raul Pérez Prieto Picudo 2009 (left) scored an impressive 94 points from Robert Parker. You’ll savor ripe blackberry and boysenberry notes with an earthy minerality.

Better known as Palomino—the primary grape used in Sherry—Listán Blanco is not rare per se, however non-fortified wines made with it are uncommon. For those who like their rare varietals in one bottle, Suertes del Marqués Vidonia 2011 from Tenerife is a blend of 90 percent Listán Blanco with obscure grapes grown only in the Canary Islands: Guai, Marmajuelo and Vijariego. The wine displays a distinctly salty taste, along with rich minerality from the volcanic soil and marzipan aromas from oak aging.

Next, four more wines to hunt for...