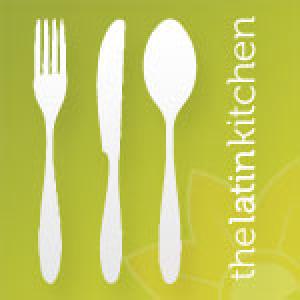 Latest from this author


When you have an abundance of tomatoes, this is a perfect use for them. Slow baking in a low oven cooks the tomatoes so that they caramelize and pack a huge flavor boost. Served over a creamy chive flecked spread and crispy bread, it becomes the perfect appetizer.


Sopa Aguada translates to runny soup in Spanish. I know… funny name, but in Mexico, we refer to rice as sopa seca or dry soup, and sopa Aguada would be anything that is wet or brothy.

Despite the funny name, this soup is delicious and made in a pinch - perfect for when you don’t have much time to spend in the kitchen but you still want to eat something delicious. Furthermore, it's comfort food, you will often see a soup like this as a starter in everyday Mexican meals.


Sopa Aguada translates to runny soup in Spanish. I know… funny name, but in Mexico, rice is Sopa Seca or “dry soup”, and Sopa Aguada is anything that is brothy. Despite the funny name, this soup is delicious and can be made in a flash.

Until very recently, Mexico's northeastern cuisine was often glossed over, referred to as unimaginative and encompassing “only barbecue", due to the abundance of cattle in the area. Add to that, the weather can be described as bi-polar, one day scorching hot, the next downright chilly. The landscape in this region of the country is arid and crops aren’t as abundant as in places like southern Mexico. That all being said, the cuisine is intriguing and full of history, deriving from the native Tlaxcaltecan Indians and later the Spanish and Sephardic Jewish populations.


Asado de Puerco is a specialty of northern Mexico. A combination of dried ancho and cascabel chiles, a few spices and a bit of vinegar stew with the pork to yield fork tender morsels of deliciousness.


Queso flameado is one of the most beloved dishes in Mexico, both in restaurants and homes alike. There's something indescribably delicious about a mound of melted cheese, but when you top it with spicy chorizo and sautéed onions, then it just becomes irresistible. Put all that in a warm tortilla, top with a spoonful of spicy salsa, and you'll be transported to taco heaven!


This is one of the most beloved dishes in Mexico, both in restaurants and homes alike. Who doesn’t love gooey, melted cheese? And even more so when it’s crowned with spicy chorizo?


The first time I had this retro cilantro mousse I was still living in Mexico. Back in the 70s and 80s recipes involving gelatin were all the rage, you wouldn't have a cocktail party without a sweet fruit or nut gelatin on the table. Back then, I didn't pay much attention to recipes, but only enjoyed food and the occasion where it was served.


This molded dip, is definitely retro. Tangy, spicy, and creamy, cilantro, mayo, and crema are blended together until smooth then slipped into a mold to chill and set over night. Though slightly kitsch, it's totally delicious.


Salsa is one of those things that have as many versions as authors, or in this case - cooks. Each person makes a salsa his or her way, adding their own sazón or taste, to the mix.