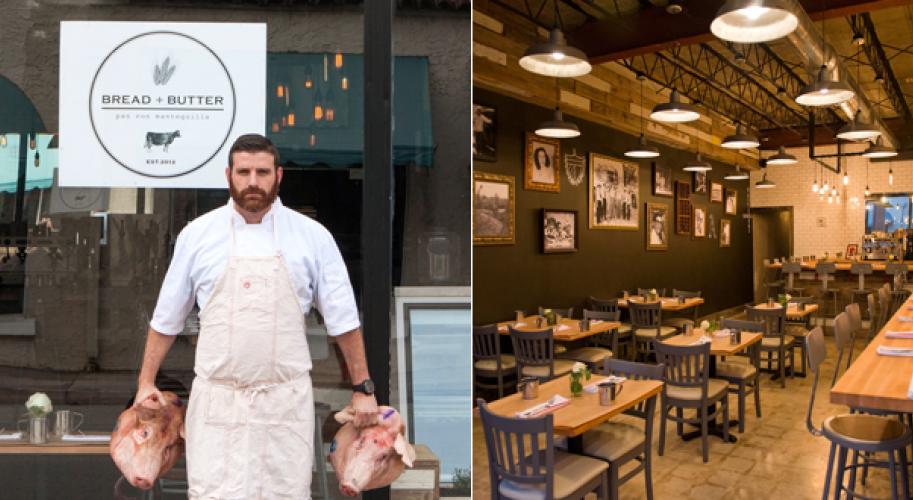 What's that you say: you don't top your afternoon tostadas with a whipped pork fat spread? You're missing out and it's time you get to Bread + Butter in Coral Gables, chef Alberto Cabrera's newest joint.

If you’re Hispanic, you might automatically translate the restaurant's name into pan con mantequilla and understand the importance of the staple in Cuban and other Latin cuisines - and you might guess correctly that it's at the heart of Cabrera's cooking. If you know Cabrera personally, you might be privy to the fact that it’s also his somewhat wordy childhood nickname, given his fondness for the stuff.

At Bread + Butter, Cabrera has created a menu that combines the carefree days of Cuba's mambo era with the American gastropub. He has tamed outlandish methods and combined them with traditional recipes and global influences, turning what would be simply well-prepared Cuban dishes into sincere, earnest exclamation points.

Fans of Cabrera expect no less. Self-taught, he worked his way up the culinary chain under the likes of Robbin Haas and Norman Van Aken. But his “a-ha!” moment came when he took a post at Miami’s first bastion of molecular gastronomy, La Broche. While the establishment pushed the envelope too far for most of the city’s foodies, Cabrera was smitten. He brought the alta cucina techniques to his next restaurant, the equally as short-lived Karu and Y. Now that he has honed his technique, at Bread + Butter, he's dishing out delicious creations. 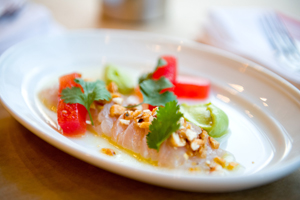 These include croquetas of chicken liver mousse as well as (naturally) pork belly, served with mustard seed aioli, and ropa vieja highlighted by rich, roasted bone marrow. Plantains are dusted with five spice and wrapped in house-made bacon; torrejas, the classic Cuban French toast, are soaked with guava-infused maple syrup and topped with cream cheese ice cream. A list of local craft beers is supplemented with “limonade de abuela,” jugo of the day and house-made sugarcane soda.

But the true, porky signature of this inventive eatery, along with the frita china (a chorizo burger doctored with siracha sauce and Napa cabbage kim chee) and the arroz con cerdo (made with pig ears and pork belly instead of chicken thighs), is the whipped pork fat that accompanies the pan con mantequilla. Cabrera says he always gets the “Hey, I didn’t order this” line, because it’s not what first-generation customers expect. Along with a younger, more-traveled group of loyalists, the traditional Cubans “get it” after they taste it, he notes.

Now, as a result of a big imagination and great cooking, fans have begun to seek the place out, even though it’s off the beaten South Beach and Brickell paths in residential Coral Gables. That’s almost a shame, because this urban yet urbane joint, decorated by Cabrera with nostalgic photos of Cuba, reclaimed wood and subway tile, is on the small side. That means you'll have to patient to take your seat but dinner will be well worth the wait.