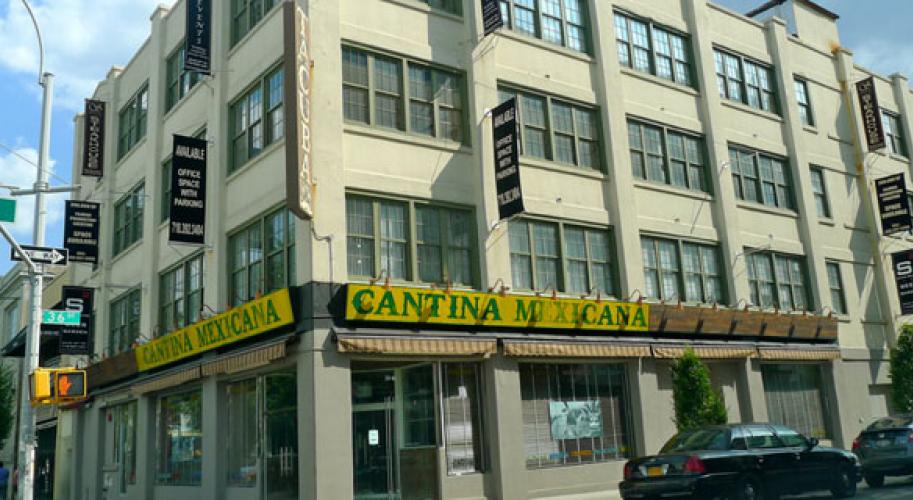 Celeb chef Julian Medina is taking over Queens, opening up his seventh restaurant, Tacuba, in Astoria.

The cantina-style restaurant, which is named after section of northwest Mexico, will serve up modern Mexican flare in a lively atmosphere with a well stocked bar. To start, order up glassics of nachos Tacuba, elotes, queso fundido, and quesadillas. Under the Rompe Colchones portion of the menu, you’ll find plenty of steamy ceviches including aguachiles en molcajete, lobster and shrimp in a cucumber and lime juice; and camarones para pelar, poached shrimp dusted with tajin and served with a watermelon bbq sauce.

If you’re looking for heartier fare, try one of the nine tacos on the menu or a plato fuerte. We’d go for the pollo con mole; pescado frito, fried whole red snapper served with coconut rice and chile de arbol salsa; and the classic fajitas de alambre.

There are also plenty of cocktails on the menu created by mixologist Artemio Vasquez from PDT in the East Village. Try the Pina made with Fidencio Mezcal Jovan, pineapple juice, jalapeño, fresh cilantro, agave and lime juice served in a fresh pineapple (and big enough for two!); or the La Sun-Dia made with Cazadores Blanco, jalapeno infused Contreau, watermelon, and fresh lime juice all served in a hulled out watermelon.

Tacuba will be open Sunday through Thursday from 4 pm to 11 pm and Friday and Saturday from 4 pm to midnight (we hear a DJ will be keeping the party going!) with expanded hours (and lunch and brunch) coming soon!