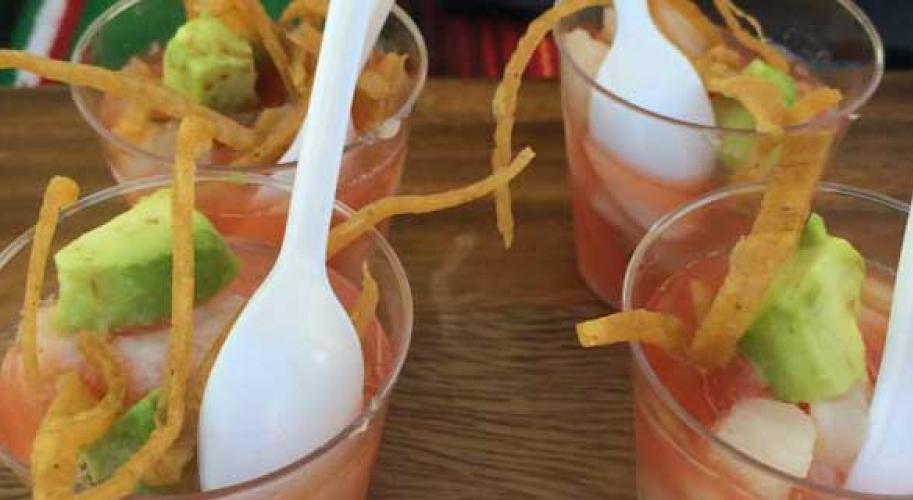 Foodies, start planning your spring break vacations, ‘cause Latin Food Fest, the largest Latin culinary destination event in the U.S., just announced its Los Angeles agenda and it is jaw-dropping!

The traveling weekend extravaganza focuses on the complexity of the Latin culinary world, its traditional roots, current trends, and the future of the cuisine. Scheduled for March 20th to 21st, on the Santa Monica Beachside, the LA Latin Food Fest will include 3 main events: Flavor of the Americas Dinner, Latin Food Expo, and the Grande Tasting.

The 4 hour long Grande Tasting is the food festival’s signature event, and with good reason. This all-inclusive event is comprised of several white tasting-tents which will house over 200 Latin restaurants, chefs, mixologists, and artisanal foods makers, each categorized by themes like Baja Beer Garden and the Spirits of the Americas Awards.

Though the full list of participants has not yet been announced, the impressive list of past attendants gives us very high hopes for March. Cross your fingers that culinary powerhouses Roberto Alcocer, Richard Sandoval, and Javier Plascencia make return appearances! In addition to food samples, star-studded showdowns and general gastronomic merriment, the event will also host silent auctions, live music and art shows. With tickets starting at just $50, this Grande Tasting is a steal, so get yours before they sell out.

And if you can’t make it this spring, fret not! The Latin Food Fest will also hit San Diego in August and New York next fall. For more information, click here.