Home | Your Caipirinha Just Got a Delicious Upgrade

Your Caipirinha Just Got a Delicious Upgrade 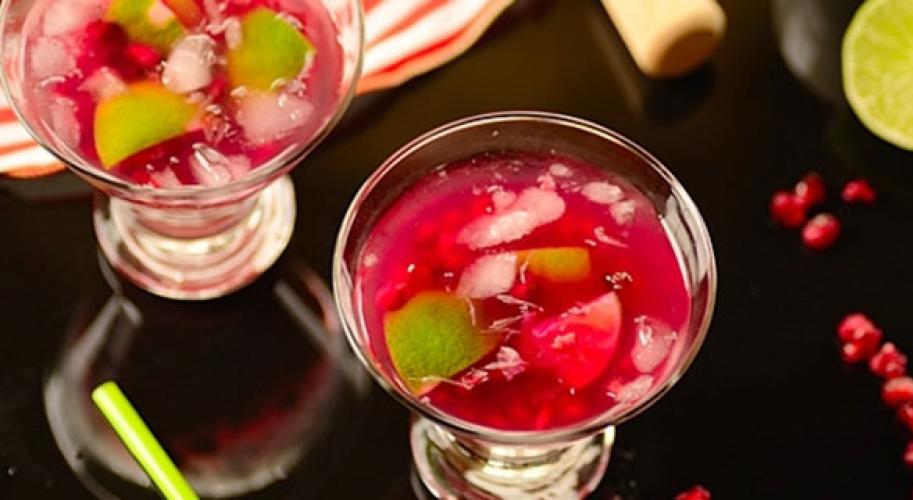 The holidays are here! It's a time of year for celebration, reflection, parties, and sweet bites with sweet friends. And to accompany a season of events, I'm mixing up a sweet and colorful Brazilian cocktail.

Brazilians tend toward the superstitious and love to incorporate good luck rituals into their holiday and New Year celebration (réveillon). Instead of the usual champagne I have used caipirinha, Brazil's national cocktail drink, as the base for our current drink.  And instead of traditional luck-bringing lentils, I have incorporated pomegranate seeds.

Why, you might ask? Well, although pomegranate is an ancient fruit originating in the vicinity of Iran, it was introduced into Brazil by Portuguese settlers centuries ago. In fact, the state of São Paulo is the largest producer in Brazil.

Due to its abundant seeds, long tradition links pomegranates with prosperity. There is a good luck ritual (simpatia) that calls for one to eat the pulp of seven pomegranate seeds and to store the dry seeds in one's wallet, in order to attract wealth. If that doesn't work, you will at least have a delicious and refreshing pomegranate caipirinha to drink and share with friends!

As the holidays approach and the year fades away, we're going to celebrate with a pomegranate caipirinha. May it be a time filled with blessings of prosperity, health, and peace for you and your loves ones as well.