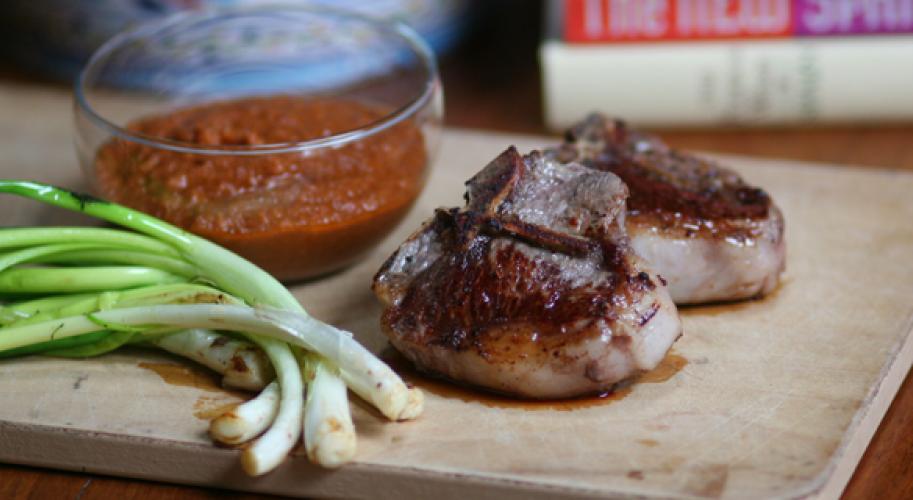 Romesco is a traditional sauce from Tarragona in the Southern Andalucian region of Spain. Similar to pesto, romesco is usually made of pulverized nuts, olive oil, tomatoes, and bread. There are thousands of different recipes, each with a signature tweak according to the preferences of the chef.

It’s assumed that the name romesco is a remnant from the days when Romans inhabited the Iberian Peninsula and practiced their cuisine in their adopted territory. The Romans invaded the Iberian Peninsula in 206 BC and remained there for 600 years, establishing their culture, language, and recipes as part of Spain’s heritage. The recipe and craving for romesco is as old as Spain itself.

Since ancient times, a mortar and pestle was needed to create a smooth sauce, and even today is considered the optimum way to create a truly authentic romesco sauce. Many chefs however opt to use a food processor for quicker prep. You can approximate the superior texture of a hand ground romesco sauce made in a mortar and pestle by simply using the pulse setting on your food processor.  Make sure you don’t liquify your romesco sauce, keeping it “toothy” and slightly granular.

Making your romesco a day in advance gives the ingredients extra time to develop to peak flavor. Rich and earthy, a batch of romesco sauce can also be used to perk up left over steak, freshly grilled vegetables, or a pan seared swordfish steak.